Awfully slow and occasionally deadly dull. It’s 3.5 hours, 1.5 hours of which is trying to get Jimmy Hoffa (Al Pacino) either to his senses or a meeting.

The length and pace, however, may be the least of the film’s problems.  The movie depicts the rise of mob killer and union boss Frank Sheeran (Robert De Niro) and his relationship with his mob sponsor (Joe Pesci) and Hoffa. The novelty is the technological ability Martin Scorsese uses to make his actors younger, but the effect is only so successful. They can only make them so young.  So, you have a 76 year-old man playing a 40 year old man who looks like a 56 year old man who has a six-year-old daughter. Worse, when they are rendered young in the face, they remain old in the body. One scene, where a digitally younger De Niro beats a man, emphasizes the point.  It looks like Bad Grandpa is delivering an ass kicking.

But perhaps the worst part of the film is the fact that there is simply no drama, no tension. Every single character is the exact same person he was from beginning to end. In Goodfellas, De Niro and Pesci were a constant force, but the drama came from watching Ray Liotta and Lorraine Bracco rise and then try to survive.  In Casino, the entire film centered around the significant changes to the personalities of De Niro, the bookmaker made casino king in fledgling Vegas, and Pesci, the enforcer who gets too big for his britches and in-over-his-head alone in the desert.  The history of those films was compelling, but it did not have to do all of the lifting.

Here, De Niro is the same throughout. Sociopathic, steady, soulless and somnambulant.  It does not make for enthralling viewing.  Your eyes will move to the IPhone more than once.

It looks good, though. Damn good. I’ll give it that.  And there are a few exchanges in Steve Zallian’s (Moneyball, A Civil Action) script that are subtly sharp. But it’s not nearly enough.

It’s fine. There is no need to see it in the theater, but this story of former driver and automobile designer Carroll Shelby (Matt Damon) and driver Ken Miles (Christian Bale) being subcontracted by Ford to take on Ferrari at LeMans is entertaining and fast-paced. Besides, Damon and Bale would be easy enough to watch grilling hot dogs, and Tracy Letts as Henry Ford II steals the picture in one scene.

That said, the movie is a tad too formulaic and cute and it has some thematic and structural problems. Bale’s overly precious relationship with his wife (Caitriona Balfe) is plagued by money woes and that seems to be the source of any dissension in theri union.  But then, all of a sudden, she goes bats because he apparently isn’t communicative enough, which comes out of nowhere (up until this point in the film, Bale is presented as aCockney loudmouth who can’t keep his trap shut about anything). Additionally, the relationship between Damon and Bale is unsupported, and we actually know little about either of them before their joint endeavor begins.  Some background, other than stoic and abrasive, respectively, would have helped.

But most problematic is the depiction of the Ford company, a corporate behemoth we are asked to loathe and root for at the same time.  The whiz kid who comes up with the idea of taking on Ferrari is Lee Iacocca, and as played by Jon Bernthal, he barely registers. Worse, as Ford’s no. 2, Josh Lucas is just this side of twirling a mustache. His treachery is over-the-top ridiculous.

The race footage is exciting and when you see this when it streams, you’ll be pleased, though Ron Howard’s Rush is a better racing film. 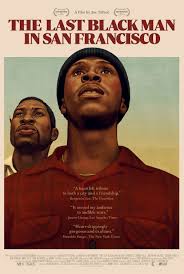 The first half is a blast. Following the model of Across the Universe, director Dexter Fletcher incorporates Elton John’s music into boffo biographical song and dance numbers (the movie takes the current model and reverses it; it is ready made for Broadway), and Taron Egerton is winning as our shy, brilliant, budding rock star. The depiction of his rise is light, whimsical and fun.

Not quite where a film-goer wants to end up, even if it worked out for John.

Alan Pakula’s sexual thriller is still a little jarring in its frankness, even today.  In the age of “sex tape as career move”, very little can astound or shock, but Jane Fonda’s electric and vulnerable turn as a call girl hunted by a killer gives the viewer entrée not only into the precariousness of her world, but in her own vulnerability.  She plays Bree Daniels, a struggling actress who considers her sexual exchanges mini-dramas, where she gets control, something she clearly needs desperately, even if it is self-destructive.  When we see her in action, she’s powerful and pitiable, all the while exhibiting how effective and alluring a good call girl can be.

Daniels is saved on more than one occasion by a laconic John Klute (Donald Sutherland), a police officer turned p.i. who is investigating the disappearance of a businessman who may or may not be her stalker.  Naturally, they develop a relationship.

Pakula (The Parallax View, All the President’s Men) has a keen eye for the shadows and menace in otherwise humdrum, pedestrian environs.  He also has great patience, which results in very understated, moving scenes, such as when Fonda flips through the catalogue of homicide photos of dead prostitutes, and her character and the viewer see her face in all of them.  The scenes where Fonda attempts to seduce Sutherland in order to establish control are similarly subtle, and Pakula places you directly in the dilemma of not wanting to be played but being enticed all the same.

There are problems.  Fonda is so good (she won Best Actress) I thought the scenes of her in therapy were unnecessary.  She’s strong in them, but she’s better expressing her foibles and fears in the context of the story.   As the detective, Sutherland runs into the opposite problem.  He is fully unexplored, a quiet mechanism for Fonda’s growth and nothing more.  I  wanted to know more about him.  Not tons, but something.

Still, this a very strong picture that holds up well, especially given the subject matter.

Twenty minutes in, my brother whispered to me, “I don’t know if this is going to be a good movie, but it’s a beautifully curated movie.”  He was dead on.  Quentin Tarantino doesn’t just re-create the look of 1969 Hollywood, he does it in a manner that somehow straddles classic homage and the hazy recollection of a local.  The town seems both wondrous and pedestrian.  Never were neon lights for Taco Bell or the Musso and Frank Grill so compelling.

Tarantino places two movie stars (Leonardo DiCaprio and Brad Pitt) in the midst of this mesmerizing visual portrait, the former playing a fading “almost made it” leading man reduced to working for cameos during “pilot season” and the latter his loyal stuntman/gofer.  And wouldn’t you know it, DiCaprio lives next to none other than Roman Polanksi and Sharon Tate, and hey, who was that scraggly hippie who skulked by the other day?

The film could have been cutesy or overly reverential, and when the likes of Steve McQueen, Bruce Lee and Mama Cass make appearances, I’ll admit, I was apprehensive.  But their scenes are both fun and important.  They assist in Tarantino’s portrait of Tinseltown as a much larger Mayberry, where everyone knows each other just to say howdy, but a lot of those everyones are someone.

Enmeshed in the slow-building run-up to the tragedy seared in our national consciousness (I don’t know about you, but when I was a kid I devoured Vincent Bugliosi’s “Helter Skelter”, and somehow, those white cut-outs of the bodies on Cielo Drive were more horrifying than any actual murder photo) are the stories of DiCaprio, who has lost his swagger and is negotiating his way down; Pitt, a man with a notorious reputation necessarily affixed to the fading star; and Tate (Margot Robbie), the ingénue representing the audience, agog at the magic around her and so excited about her future she can barely contain herself.  There is not a minute of their stories that isn’t engaging, and Tarantino leisurely walks them though the company town.

This is also Tarantino’s funniest film.  His dialogue has always been crackling, but he has moved on from bravura speeches and cool pop culture references, instead writing much more measured and subtle, with real heartfelt exchanges (his last film, The Hateful Eight, was a quantum leap in his maturity as a writer).  And while excess is Tarantino’s hallmark, and often his downfall, you may not believe me, but this picture is an exercise in restraint.

I would like to say more, but I don’t want to spoil anything or preview one of the more enjoyable movies I have seen in years.   Go now. 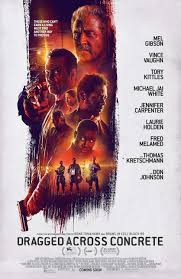