A film that got away from me, perhaps because it gave off such an air of discomfort, I watched There Will Be Blood this weekend. The movie is very good, but my instincts were correct.  It is a very difficult movie to endure.

Daniel Day Lewis plays a Charles Foster Kane-esque Daniel Plainview in Paul Thomas Anderson’s sprawling tale of an oil man who rose from a single claim prospector to a wealthy oil magnate through sheer will and a ruthless brutality that destroyed everything in its wake. Whereas Welles’ Kane, obsessed though he was, could enjoy the taste of his success and the fruits of his labor, Plainview cannot. He is a tortured, singular man, made dangerously distrustful the moment he gets close to anyone for fear of what that person will take. Worse, he cannot abide a slight, and when a young preacher (Paul Dano) fences with Plainview, forcing him to endure a humiliating baptism in exchange for the rights to a critical tract of land, the incident burns in Plainview. As played by the spellbinding Day Lewis, it damn near appears to eat his insides out.  Anderson’s representation of California – be it the barren oilfields or the lonely mansion Plainview inhabits at the end of the movie – becomes more forbidding and cruel as Plainview descends into madness.

All well and good, especially near flawlessly rendered, and yet, this is a cold, one-note film, devoted near completely to a terrible, monochromatic character. What is Anderson telling us about ourselves, or, is he telling us anything? Many cite the picture as an evocation of the American experience, a “portrait of a young nation struggling to find itself, torn between religious and business values” or “a harrowing cautionary warning to a country with oil pumping through its veins, clouding its judgment and coarsening its soul.”

If only. Anderson’s vision is too personal and too specific to Plainview, and it is a testament to the director’s gifts and Day Lewis’s skill that such a narrow focus remains compelling. The result is a lot of blood and guts but no real heart, which keeps it from being great.

Inventive, scrupulous and at times, bone chilling, It Follows is yet another nail in the coffin of gore porn and a heck of a scary move to boot. The set-up is simple (stop reading if you don’t want to know even this much): a “thing” that can take many forms follows its target, and you become a target through having sex with someone the thing is following. If you have sex with someone else, it throws the follower off, until it gets that someone, and then it is back on your trail.  No one can see the thing except its targets.

It Follows adroitly handles the revelation of the curse, and what ensues is a terrifying spook story in which Kelly (Lili Sepe) must run from what follows, with the assistance of her sister, friends and neighbor. while weighing the moral implications of buying herself more time.

Writer-director David Robert Mitchell knows his stuff; the film is a near homage to John Carpenter’s Halloween, with its dreamy sense of suburbia and techno-synthesized score.  His actors approach the material in a studied, restrained manner, further emphasizing the hazy unreality of the entire endeavor. He also incorporates Detroit and its desolate environs, as near an urban haunted ruin as this country has.  Finally, the film trusts your intelligence rather than being explicit, no mean feat in this genre.  It gets a tad ragged in the end, but closes smart.

One of the charms of The Blair Witch Project was a nostalgic authenticity, which transported you back to a younger time and made the actions of the hikers seem like exactly the kind of hubristic, stupid thing you would do at that age. It Follows has the same trait: this feels like your childhood neighborhood, and evokes the times you looked out the window and saw something that seemed off, or something you were not supposed to see, or even something your fevered mind conjured after watching too many Kolchak The Night Stalkers.

I watched this flick with my son and 5 of his high school friends; they all agreed it would be significantly more effective as a sex-ed tool than what they were currently enduring. 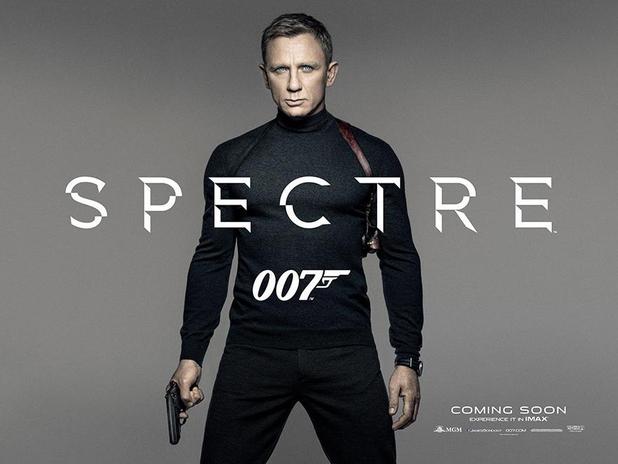 This Oscar nominated film got past me in 2013, and I am all the sorrier for it. Judi Dench is Philomena, a provincial, sweet Irish retiree in London who, living with her adult daughter, reveals a long-hidden secret – that she gave birth to a son in Ireland out of wedlock in the 1950s, and subsequently, was forced into labor in a Catholic abbey as penance while her child was relocated, at a price, to the United States. Philomena’s daughter enlists the assistance of a recently sacked Blair-administration official, Martin Sixsmith (Steve Coogan), who, grudgingly and rather condescendingly takes on her “human interest” story to find her son. What follows is a trip (yes, another Steve Coogan trip movie), first to the abbey, and them after receiving no help there, to America. Along the way, Coogan’s cynicism, self-importance and emptiness tangles with Dench’s faith, sincerity and essential decency.

This is a beautiful, kind-hearted, witty movie. Dench is moving as a mother haunted by the absence of a child she kept firmly in her mind (the nuns at the abbey allowed the shamed mothers to visit their children an hour a day, making their inevitable separation even more traumatic), and Coogan is firmly cold-hearted and self-pitying without being a caricature. Their scenes together are sensitive and comedic without lapsing into treacle or schmaltz, and the impact each has on the other is believable.  My only mild criticisms are a few too-cute moments for Dench and a juiced-up ending, pouring it on the nuns.  While it works dramatically, it paints a picture even the real Philomena was uncomfortable with, and upon reflection, it’s too much (we are provided an evil nun who spits a final rejoinder of, “self-denial and mortification of the flesh is what brings us closer to God. These girls have no one to blame except themselves”).

Nonetheless, this is largely true to the incredible true story, and I can’t recommend it enough.

If you want to learn how a little-known director gets a big budget, Oscar-bait vehicle, watch Headhunters, a clever, fast-paced thriller about a corporate recruiter/art thief who gets in over his head financially and otherwise.  An engrossing thrill ride with a “wrong man” Hitchcockian vibe, the film’s only stumble is an overly intricate initial plot device that introduces the protagonist to his tormentor.  Otherwise, this is a cool, steady, occasionally grisly film in the vein of Blood Simple.

Headhunters was a massive success in Norway, which translated to about $14 million foreign but just over a mere million here in the U.S.  Still, Hollywood noticed and selected director Morten Tyldum to helm a picture that had absolutely nothing in common in style, substance, or feel with his breakout movie, the woeful The Imitation Game.  Of course, that film was nominated for Best Picture, so what do I know.  I just hope Hollywood similarly rewards Jeremey Saulnier (Blue Ruin) and Jennifer Kent (The Babadook).

A hilarious mockumentary done in the style of The Real World and other reality dramatizations of domestic life. Four mates, distinct in style and manner, share a house in Wellington, New Zealand, and a documentary crew shadows them for a period of months to capture their lives. In the style of the genre, we get to witness petty fights about house rules, dirty dishes, who can have friends over and which clubs to frequent on the weekends. The twist is that our flat mates are all vampires of varying ages, and soon, they add a fifth (Nick) to their coterie, which rapidly undoes their dynamic. As the youngest, Nick is my second favorite, simply because he is so enthused by his new powers, repeatedly telling anyone who will listen that he is a vampire. My favorite of the household, however, is the oldest, Petyr, for the obvious reason that he is a Nosferatin curmudgeon who cannot speak and presents a brilliant deadpan:

This is consistently funny, with particularly great bits about the vampires’ fascination with technology and run-ins with self-improving werewolves.