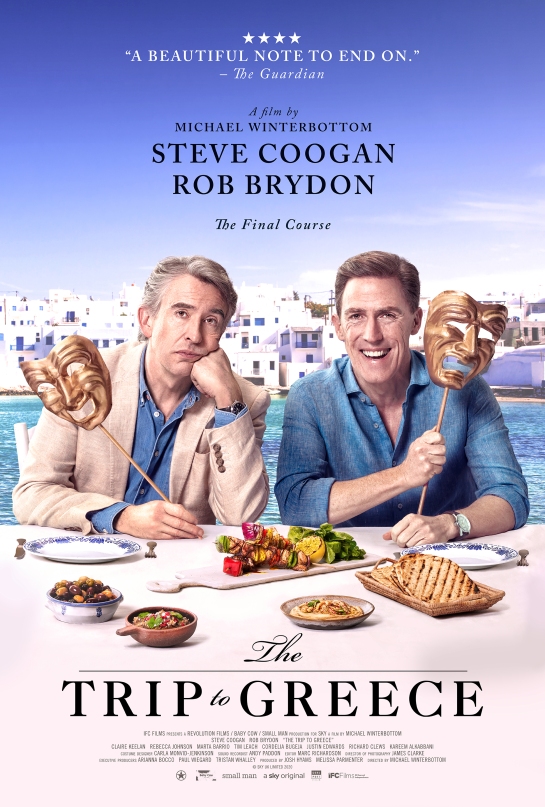 I don’t think that there is a series of movies I enjoy more. Like The Trip (to the North of England), and The Trips to Spain and Italy, taking a road sightseeing and culinary tour with Rob Brydon Steve Coogan is edifying and hilarious. More than a travelogue, Michael
Winterbottom’s films are studies in culture, cuisine and history, through the eyes of two very smart and silly narcissists, the kind of friends who probably only see each other once or twice a year but effortlessly fall into the same knowing patter. It is easy to settle in to watch their conversation and one-up imitations (both actors are skilled impressionists and constantly battle each other with competing bits).  Each man is the only important audience member.   Restaurant and hotel staff and lunch and dinner guests run the gamut from confused to overwhelmed to a tad put-off. However, as the films have progressed, Winterbottom increasingly allows family and romantic situations to enter, often with poignant results, particularly here. Beautiful film.