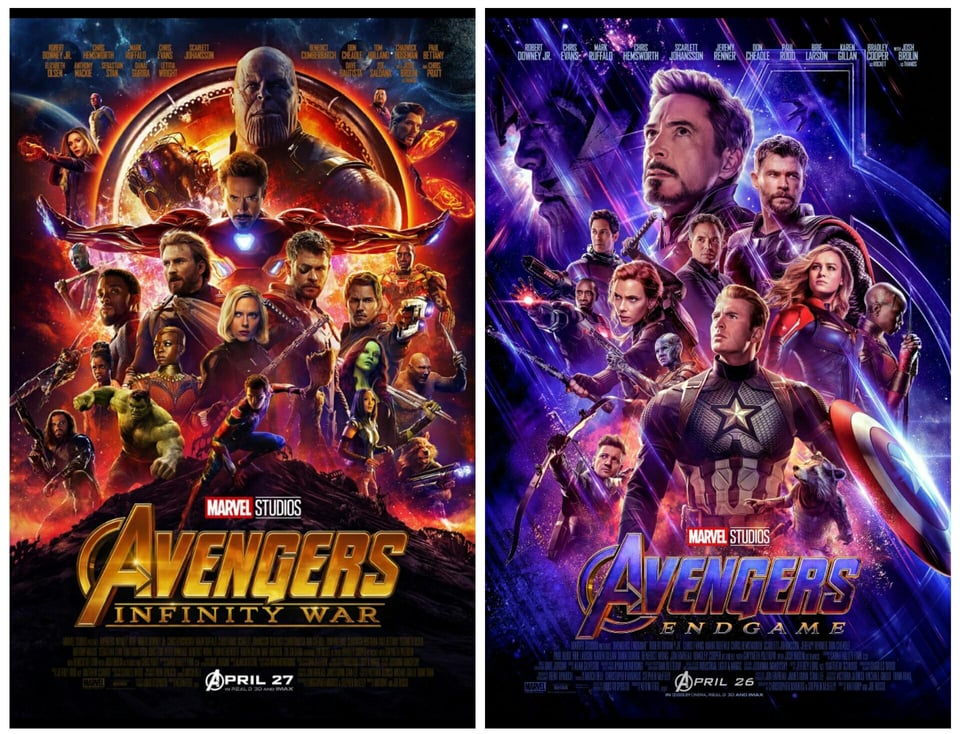 Very, very long (6 hours in total for the two films), but not altogether terrible and without giving anything away, at least they put some bodies on the block, thus limiting later franchise movies solely to origin stories.  Quippy, and visually much more satisfying than a lot of these movies.  Also, Thor in a fat suit is pretty funny, and melding The Hulk and Bruce Banner (now, he can wear the right size pants all the time)?  Inspired.

Still, when all is said and done, the whole things turns on Superman reverse circling the earth to go back in time.  They just couldn’t use him because he’s not a Marvel character.  Also, the concept for the second film is the same as HBO’s The Leftovers.