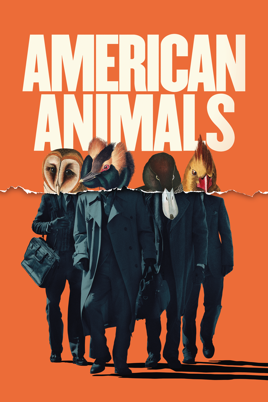 First time feature writer/director Bart Layton’s true story of four Kentucky college kids who decide to steal rare books from the archives of Transylvania University is a gem.  At root, it’s a heist picture, but this is no Oceans 4.  Layton hilariously juxtaposes the theft in the minds of the boys with the much less smooth, cool and seamless aborted and actual boosts.  Layton also captures the ennui and disassociation of the kids, which has them yearning not so much for the money but for an authentic experience, a stamp.  He does not sugarcoat their selfishness, or make “woe to the disaffected suburban affluent” excuses.  Instead, he makes what seems rather incredible understandable, if perplexing.

Layton’s approach is phlegmatic and innovative without being showy.  His vision of the inertia and isolation of the boys melds perfectly with their amenability to the caper.  He films their surroundings darkly, sparsely and uninviting.  While everyone else seems to be communing just fine, they are off-kilter, uncomfortable.

I can’t believe Layton doesn’t have a promising future in Hollywood.  I only hope he isn’t immediately jammed into The Avengers: Super Mega-Explosion.  My only nit is the failure to properly account for the motivations of two of the four conspirators, most egregiously, with the last addition to the group.  The short-shrift given the characters was noticeable and a little distracting.

The film owes a debt to Richard Linklater’s Bernie in its use of interviews of the actual participants, but rather than high comic recollections from the would-be thieves and gentle reproaches from their family and friends, he captures the criminals as reflective, remorseful and even grasping to explain how they got to their deed.  As for the families, they are disheartened and confused, not enamored of their band of merry kids now that time has passed.

Layton saves his best interview for last, that of the librarian who is most directly and viscerally affected by the robbery.  You can interpret her state of mind in many ways, but she has been affected by the experience, and in what is the film’s best message, her pain seems permanently etched on the faces of the quartet.