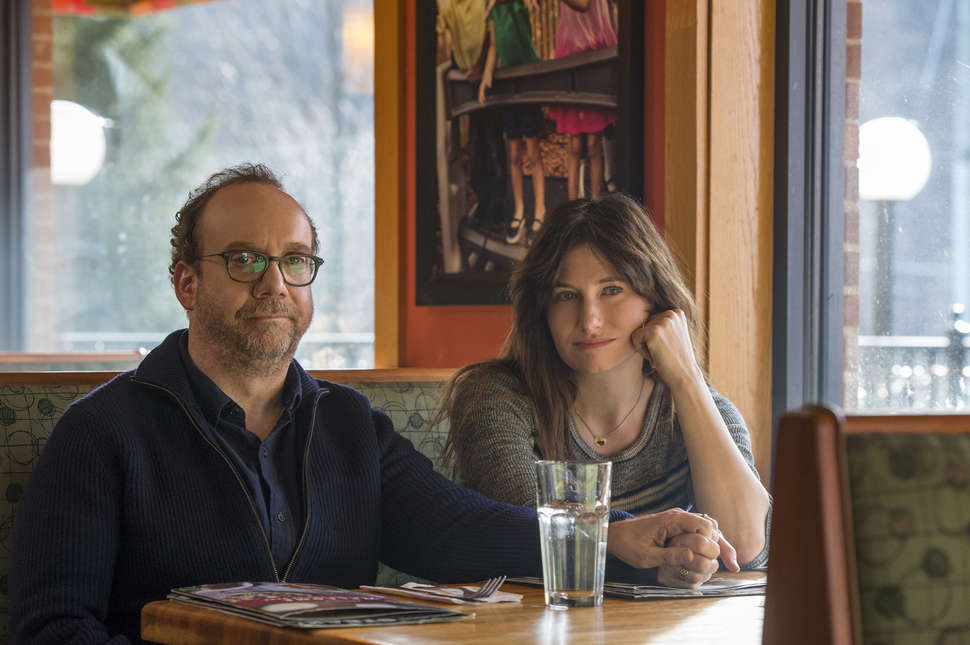 Writer-director Tamara Jenkins’ (The Savages, Slums of Beverly Hills) story of a driven couple (Kathryn Hahn and Paul Giamatti) struggling to have a child of their own is alternately heartbreaking and frustrating.  We see the two put through the wringer of in-vitro fertilization and surrogate scams, poked and prodded in clinics while investigated as to suitability for placement, and all of it voluntary,  a critical focus of the film, because rather than a “poor us” weeper, we see them as in many ways masochistic.

The couple is often unsympathetic, as their singular desire creates a fair amount of collateral damage.   They also suffer bouts of self-loathing as the fabric of their relationship is torn (a scene where Giamatti broaches whether he even wants a baby is piercing).  But when it gets bad for the two, Jenkins gives us a glimpse of who they were – and perhaps still can be – before their primal quest.

Eventually, the intercession of a sweet and guileless niece (Kayli Carter, who has the same commanding presence as Shailene Woodley in The Descendants and Jennifer Lawrence in Winter’s Bone) helps to remind them of the wages of their desperation.

Sometimes a tad talky and quaint, but for the most part, very strong.  On Netflix.