Not just historically inaccurate, but outright hostile to the facts, Mel Gibson’s Braveheart matches its puerile fantasy with cheezy romance, splatterfest battle scenes, and cartoonish characters (Patrick McGoohan plays King Edward Longshanks as Ernst Stavro Blofeld and Peter Hanley plays his son as if auditioning for La Cage Aux Folles). Then, there is the James Horner score that brings you back to the ye olde highlands of Busch Gardens. Naturally, like Robert Redford and Kevin Costner before him, the Academy honored an actor turned director with an undeserved Best Picture statuette. But Ordinary People and Dances with Wolves are merely pedestrian. Braveheart is bad through and through and often, excruciatingly so.

On the plus side, when you decide to rewrite history, you might as well give William Wallace a haircut straight out of Duran Duran. 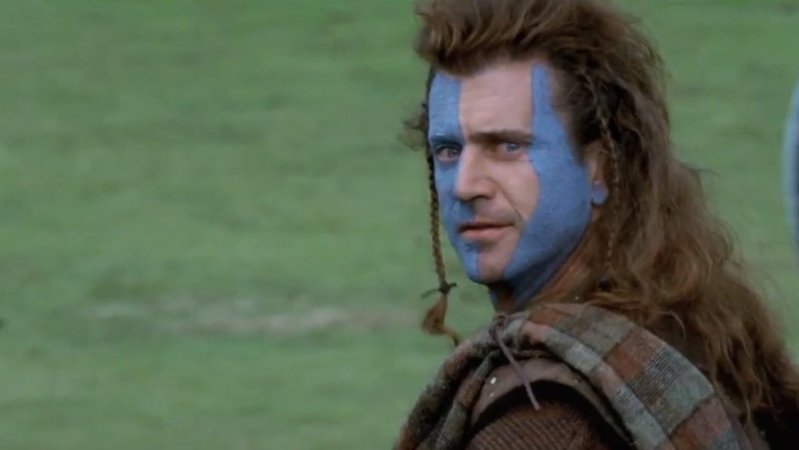