The plot is simple.

An old-fashioned, creepy mash up of The Amityville Horror and The Exorcist, the film opens with rare restraint, and it remains for the most part intelligent and taut. When it gets going, like director James Wan’s prior, impressive Insidious, it can freak you the hell out.

While Vera Farmiga (as the medium who, along with her demonologist husband Patrick Wilson, makes a living of studying/expelling ghosts) is very eerie and committed, the actual homeowners (Ron Livingston and Lili Taylor) seem a bit too calm and even dull.  Livingston, of Office Space fame, is really no more than a smirk, a smaller budget’s Ryan Reynolds, and the haunting of his home and terrorizing of his children comes off as humdrum to him.  Wilson is similarly uncommitted, and two characters included for presumably comic relief, a sheriff and student who assist in monitoring the house, make little impression.

The movie also seems rushed.  20 more minutes devoted to uncovering the history behind its malevolence would have been well spent. Instead, Farmiga has its entire history laid out like she Googled it. The movie, however, is set in 1971, when there were no search engines. Not even Ask Jeeves! 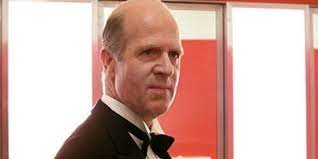 Based on a real house and incident, if not quite a true story.