I picked up The American mainly because it starred George Clooney and he had a gun in his hand on the DVD cover.  It’s a pretty bad movie, with a bunch of things wrong with it.  Foremost is Clooney, miscast as an emotionally detached killer-sort.  Steve McQueen, sure.  But not Clooney, who mistakes emotionally detached with catatonic.

He plays a killer and/or facilitator for killers who has to hide out in the most picturesque town in Italy.  There, he demonstrates that he is a spartan and a loner, because he is alone, has no pictures in his apartment and does a fair amount of sit-ups and push-ups.  Of course, he strikes up a friendship with a priest, who pushes him a little morally, and a prostitute, who, given how attractive she is, should charge $50,000 a roll. 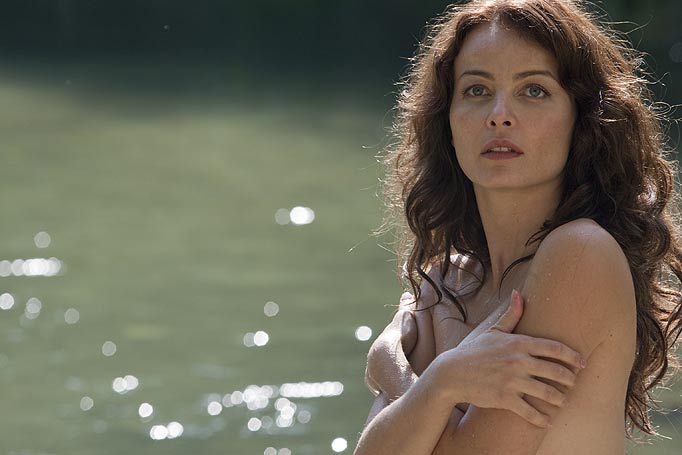 The film is overbearingly serious, and chock full of tropes, like, oh, he kissed a prostitute on the mouth and went down on her = love.  And then he was in a shoot-out and won, and got in the car, and . . . is that blood?  Oh my God!  He was so in shock and it was all so crazy, he didn’t even know he’d been shot in the gut until he was driving a a mile out of town.

And “they” won’t let him “out.”  Why?  Unsaid, unexplained.  Apparently, it’s enough to say “I’m out” and then some really serious French dude makes arrangements for you to be offed.

I wish I could have gotten out too.  But no.