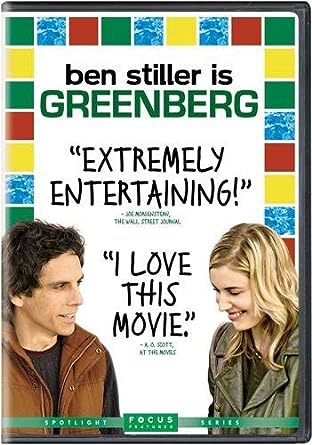 Similar films about dysfunctional and barely interesting people.  In Cyrus, poor John C. Reilly has the good fortune to start dating Marisa Tomei.  Unfortunately, Jonah Hill (Cyrus) is Tomei’s babied adult boy and what ensues is a muted power struggle played a little too seriously when there were more laughs to be had.

Greenberg is another filmic form of torture from Noah Baumbach, who has made quite a career of making movies about unpleasant, self-centered wretches (Jeff Daniels and Laura Linney in The Squid and the Whale; Nicole Kidman in Margot at the Wedding).  The sad center of Greenberg is Ben Stiller, a just-out-of-the asylum condescending dick who is house-sitting for his brother in L.A. Thankfully, unlike the prior films, Baumbach doesn’t put children front and center for the abuse he finds so illuminating.

To give credit where it is due, both Hill and Stiller do well with their appointed tasks, which is to squeeze a little humanity out of such creepy, crappy characters.  And while Cyrus ends up unconvincingly sweet, Greenberg is coyly ambivalent.

But really, do we care whether an ass like Stiller may find love at the end of the day?