Is it possible to have a Pete Davidson marathon?  Why, yes.  Yes it is.  I watched two Pete Davidson flicks in a week and enjoyed them both, with varying levels of enthusiasm.  In Big Time Adolescence, Davidson plays Zeke, a man-child who bonds with the little brother of a high school girlfriend.  When they break up, Zeke keeps hanging with the kid (Griffin Gluck).  When we settle down with them, Zeke is a stoner townie in his mid-twenties with a gaggle of amusing stoner pals and as much drive and ambition as Cheech.  He’s offbeat, almost impenetrable, and when you do get in that addled head, the most you find is ennui and poor judgment with a little bit of decency.  As coming of age films go, this one is adept, often very funny, and refreshingly short (91 minutes).  It also features nice support from Jon Cryer, Gluck’s frustrated father, who has to confront Davidson’s cluelessness not only as a danger to his high school age son but as a rival for his affections.

Sunday night, it was time to shell out the $20 to watch Davidson’s semi-autobiographical movie, The King of Staten Island (Davidson co-wrote the picture with the King of Bro-Comedy, Judd Apatow).  Here, Davidson plays a 24 year old man-child, stoner townie with a gaggle of amusing stoner pals and as much drive and ambition as Chong.  He’s offbeat, almost impenetrable, and when you do get in that addled head, the most you find is ennui and poor judgment but a little bit of decency.  It also features nice support from Marisa Tomei, Davidson’s frustrated mother, and Bill Burr, a neighbor who becomes her suitor.  Burr has to confront Davidson’s cluelessness as a danger to his own son, and, lo and behold, Davidson bonds with the kid. 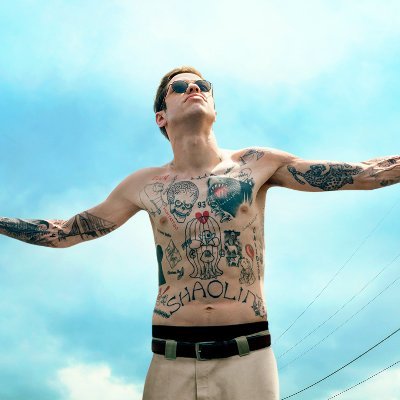 Apatow’s flick, however, is a bumpier ride for several reasons.  First, Davidson leads here, and he’s just not an empty-headed nice guy, but he’s also suffering from depression, suicidal ideation and unresolved sorrow over the death of his father when he was 7 years old.  I’m not going to say Davidson was bad, because he has his moments.  But it was much tougher duty, and his performance is spotty.  Sometimes he nails it, sometimes you can almost see the terror in his eyes that he’s not cutting it.  Worse, at 136 minutes, the picture is way long, and it drags (Apatow’s daughter plays Davidson’s sister and it almost appears as if her role was beefed up by Daddy).

Finally, Davidson’s character in In Big Time Adolescence was understandable because, no matter his actions, you perceived him to be a dummy.  A sweet kid, but, also an airhead.  [SPOILERS BELOW] So, when he advises his young charge to sell drugs in order to enhance his cred, it seems reasonable.  Stupid, but in the context of his character, entirely in line.   In Apatow’s picture, Davidson is not a dummy, but rather, a dick, and way too old to be the kind of dick he portrays.  So his unattractive excesses are difficult to endure.  A lazy stoner entranced by SpongeBob while his mom and sister pack up her car for college?  It sets your teeth on edge, but as my kids would derisively retort, “Okay Boomer.”  But giving a 9 year old kid a tattoo? Or whining like a little bitch because his mother deigns to date?  It’s too much, and Davidson does not have the chops to communicate the inner haunting that can get you and him over.  It’s an amusing film, and has a few solid gut-busters, but if you had to choose one, save yourself the 46 minutes and the $20 and go with the former (which is free on Amazon Prime).