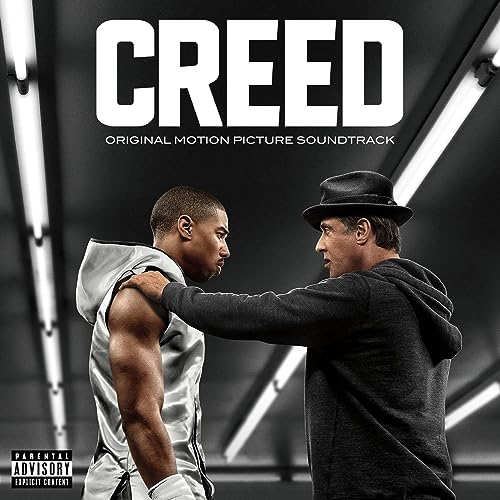 In the hullabaloo about the dearth of people of color represented as Oscar nominees, Creed was identified by some as a glaring omission, not only for director Ryan Coogler (Fruitvale Station) but actor Michael B. Jordan (Fruitvale Station, The Fantastic Four). Sylvester Stallone was also awarded a nomination for best supporting actor and the critics scored the film a 94% on rottentomatoes.

Everyone appears to have lost their fool mind. The movie – which chronicles the son of Apollo Creed as he vies for the title – veers between the deathly dull and the ludicrous. There are four – count ‘em, four! – montage scenes of Jordan training, one of which has him being chased down a Philly street in slo-mo by kids on dirt bikes and trikes, howling outside the window of Rocky, who looks embarrassed by the spectacle.  It’s one of the most bizarre images I’ve seen in a mainstream movie. You really have to see it to believe it. There are also some dizzying fight scenes. That’s all of the recommendations.

Jordan is given the thankless role of the young up-and-comer, plagued by the relationship he never had with his father. Except, he’s a rich kid, plucked from a group home by his mother (Phylicia Rashad) and well-ensconced at Smith Barney or some such firm. It is on the weekend he laces up and goes to Tijuana to box. Why? Who the hell knows? As played by Jordan, Adonis Creed is a medium cool dullard, drawn to Philadelphia to train with Rocky by sheer ennui. He doesn’t seem to care much, so why should we?

When he gets there, he finds ole’ Rock shambling about a restaurant. Rocky won’t train him, but then relents, and then Rocky doesn’t want Adonis to take the big fight prematurely, but then relents, and then Rocky gets cancer and won’t get treatment, but then relents. All this relenting is done in that same barely articulable monotone Stallone has honed over the years. I guess I can see how the protestors at the Oscars felt. If you’re gonna’ award Stallone for this phone in performance, how about all of us for the larger piece of shit?

Along the way, we get such gems as Rocky putting Adonis in front of a mirror, counseling, “That’s the toughest opponent you’re ever going to have to face.” There’s also a unpersuasive love story between Adonis and a Lisa Bonet look-alike – they emit as much spark as siblings.