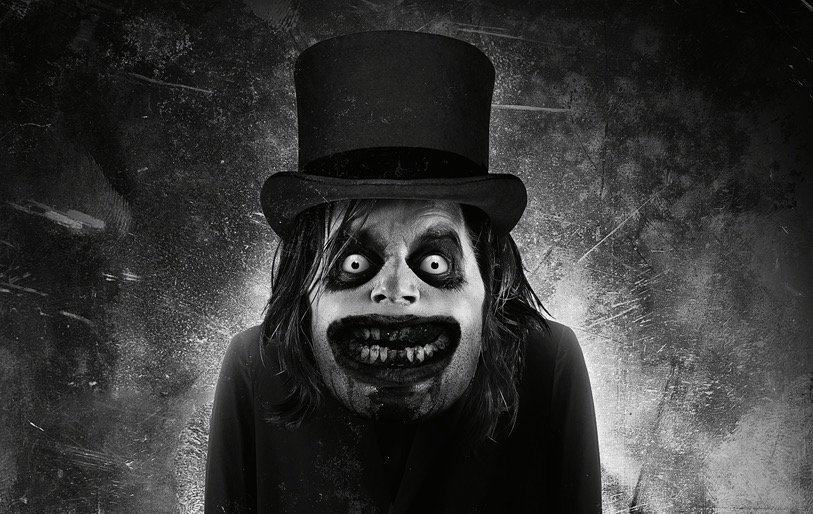 Never let your child select his own book to read at bedtime, for he might select “Mr. Babadook.” This is a terrifically scary psychological thriller/haunted house yarn about a single mother (Essie Davis) pushed to the breaking point. Widowed seven years prior when a car accident took her husband’s life en route to the hospital to deliver her son, she’s not in a good place. The boy (Noah Wiseman) is uncontrollable during the day and plagued by monsters underneath his bed at night. He is, in short, a spoiled handful and a weird one at that. His peculiarity is driving his mother to the brink, and in the midst of this turmoil comes Mr. Babadook, a terrifying bogeyman.

Davis is sympathetic as she tries to resist the evil force that has taken advantage of her torment, and as has been proven time and again in scary films, from The Shining to The Sixth Sense to The Devil’s Backbone, the contribution of a gifted child actor greatly enhances the terror, as you see what unfolds through the child’s eyes. Wiseman is a brilliant mix of charming and brutally annoying, and while he evokes both compassion, you resent him, making the viewer complicit in unleashing Mr. Babadook.

This is writer/director Jennifer Kent’s first feature and it is assured and often iconic. There are images that stick hard with you, they are not solely the scary ones, and she doesn’t resort to gore (late night Australian television, which is playing a good portion of the film, is quite horrifying enough). While Kent owes a little to James Wan’s Insidious, she avoids his slickness and has a way of capturing what frightens even in the most mundane of settings. She merits a Hollywood project.