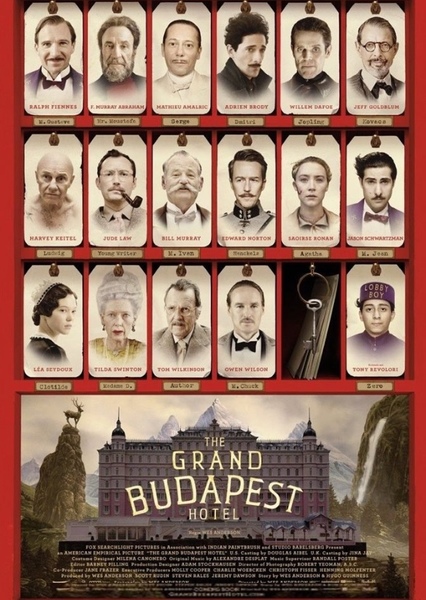 The Grand Budapest Hotel is in that same vein, a colorful story about the concierge of a once majestic property (Ralph Fiennes) and his efforts to tutor a protégé (Toni Revolore).

Here, Anderson accentuates the stylish (the scenery approximates toy furniture) and emphasizes the screwball.  Missing, however, are the moments of true human connection that punctuate his earlier works, the moment in Rushmore when Jason Schwartzman shows his hurt feelings or introduces his father, or in Moonrise Kingdom, when the children kiss or Edward Norton reveals his fears of failure as a scout master, or even in The Life Aquatic, when Bill Murray tries to woo Cate Blanchett.

Grand Budapest is Anderson’s non-animated The Fantastic Mr. Fox, a fantastic film,  So too this film, but it’s Anderson’s least affecting picture.