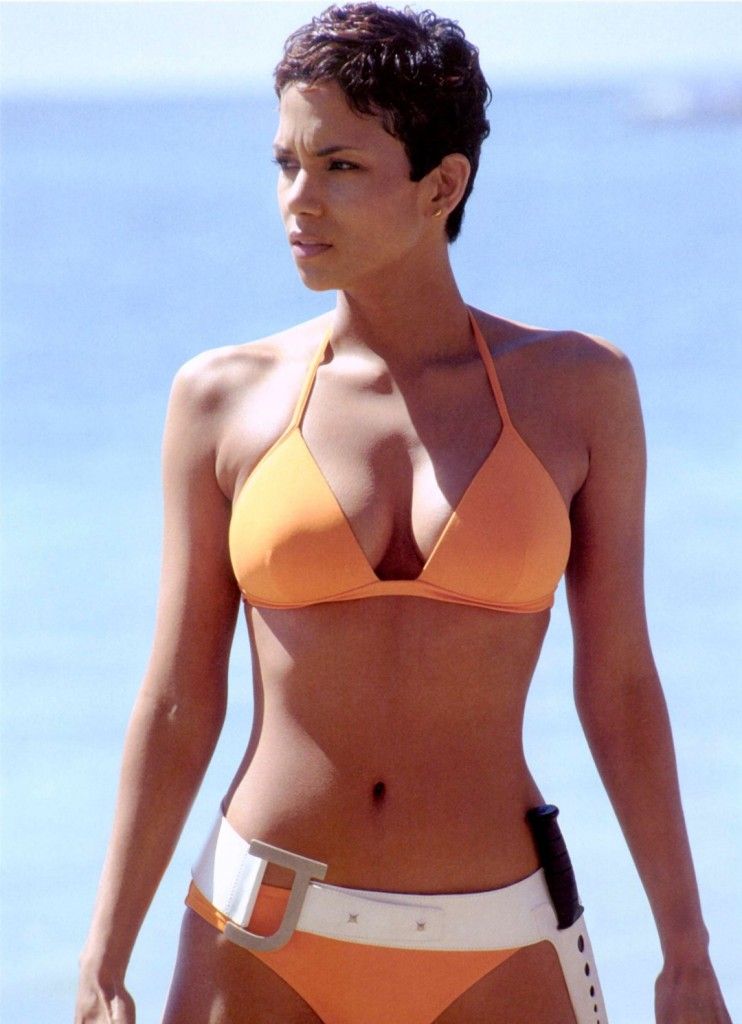 Even Halle Berry cannot save the ridiculously coiffed, barely interested Pierce Brosnan in the last of his four Bond films (her love scene with Brosnan makes you uncomfortable, like watching your father dance to a pop song at a wedding). Shockingly, even though Austin Powers had been released five years earlier, this Bond film amped up the cheese, provided a cartoonishly mwahahaaa villain (Toby Stephens), an ice fortress, Duran Duran video slow-motion, enough sexual double entendres to shame Roger Moore, Halle Berry uttering the line “read this bitch!” to baddie Rosamund Pike, and perhaps the most laughable stunt in the series.

Bond gains entrance to the villain’s lair because a guard takes a leak at an inopportune time.  You can hear the toilet flushing.  Hilarious.

Daniel Craig arrived in the nick of time.