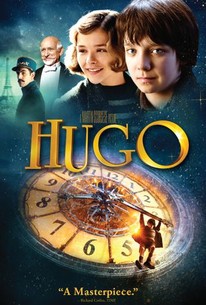 It won a slew of technical Oscars and was nominated for best picture, and it looks good. But it is  a long, hard slog. I’m certain there were quite a few kids who came out of this one realizing that 3-D ain’t all that.  I nodded off more than once. When I awoke, I was greeted with the same mundane dialogue and plodding story.

Martin Scorsese makes a Parisian train station the center of this “magical” tale of an orphan, a secret, and the movies, but after the magic of the imagery wears off, you’re still left with two hours of cloying depictions of the inhabitants of the station.

This is the kind of children’s movie certain parents would love their children to love, along with trans-fatless cookies.  I’ll take Puss and Boots and Oreos any day.