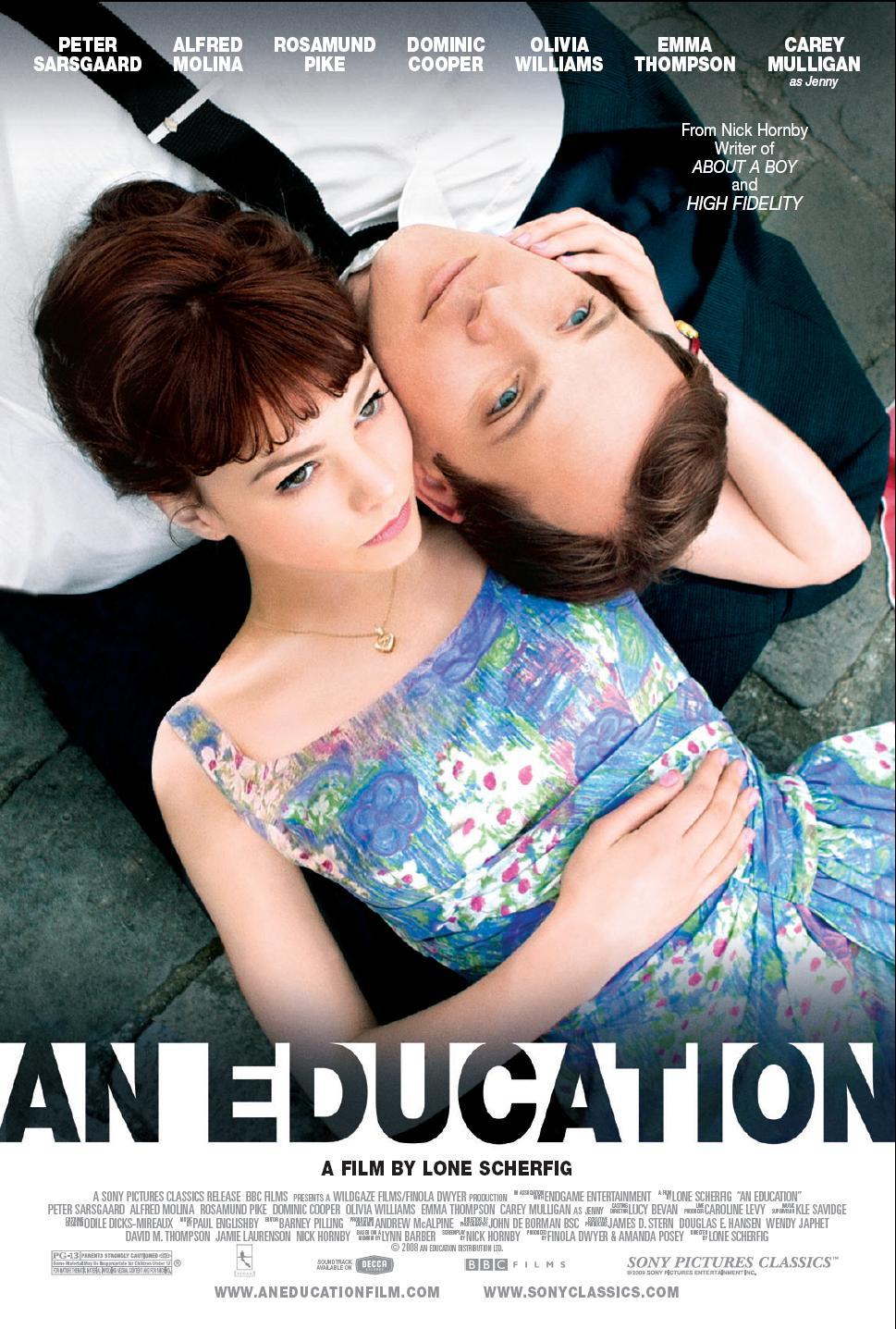 A fine period (1961 Twickenham, London, Paris) and coming of age piece, anchored by a very engaging Carey Mulligan as a 16 year old schoolgirl who dreams of Oxford until she is swept off her feet by an older, debonair man (Peter Sarsgaard).  She is nearly derailed by his machinations and the misguidance of her parents, who want to protect her but also want her to be happy (and presumably, not like the protagonist in McCartney’s “She’s Leaving Home”).  Scripted by Nick Hornby and directed by Lone Scherfig, who has a knack for the travails of young women in earlier times (see Their Finest).

But this is no more than a nice little film, and the idea that it was nominated for Best Picture is just one more example of the awkwardness of ten such nominations.