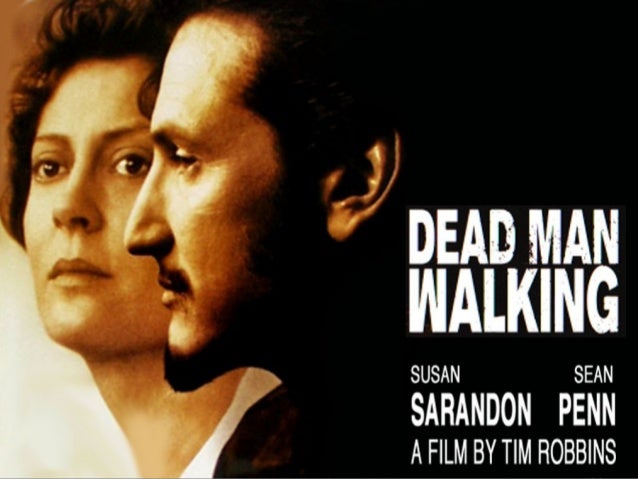 I caught this a few rainy days ago.  There are very few films that deal with contemporary hot button issues well. Most of the time, the inclination of the writer and director is so patently obvious that the art is robbed of plausibility and force.

This movie is an exception.  The issue is subordinate to the human story, and while that story is primarily told from the viewpoint of an anti-death penalty character (Susan Sarandon as Sister Helen Prejean) ministering to convicted murderer and rapist Matthew Poncelet (Sean Penn), that in no way colors the message, which is admirably equivocal, even, to my mind, shockingly, a hair pro-capital punishment. That is probably just me, given the hackneyed uniformity of most such films, but that the picture provides an emotional and almost ethical argument for the practice is astonishing.

Sarandon is restrained and effective as a woman of faith called to provide spiritual comfort to a man who has committed a monstrous crime, and as that man, Penn exhibits all the bravado, self-pity, cruelty and narcissism of a thug.  Eventually, she learns she is not there to redeem him in any way, and shucks off her self-comforting fantasies that he was just a good boy led astray,  and focuses on simply leading him to confession.

Director Tim Robbins takes meticulous pains to display the brutal toll on the victims’ families and has the balls to juxtapose the execution with an unforgiving flashback of the crime, and unlike what Poncelet has been selling Prejean up until the last moments before he is executed (he is innocent, he was stoned, his accomplice did the killing and raping and things just got out of hand), those flashbacks show him as a vile, entirely in control piece of shit.

Nobody is caricatured. No easy rhetorical gotcha’ lines are delivered.  The employees of the prison, the medical professionals involved in the process, the families, they are treated with rare grace and equanimity.  An example: Sarandon has dinner with her wealthy family, some of whom question her service to Poncelet.  In the wrong hands, they would have been portrayed as the aristocratic, privileged rich, more concerned with their name and espousing small, likely bigoted views.  Robbins, however, shows them as loving and concerned, with questions (“Why spend so much time on this cretin when you could be helping young children not to grow up into becoming this cretin?”) similar to that of the audience.

Similarly, Poncelet is never a beatific victim.  Near the end, he praises Hitler, he spews racist invective, he even makes a sexual come on to Sarandon.  But she works with him, to help him find a dignity within himself through the sole act of the admission of his guilt and contrition.