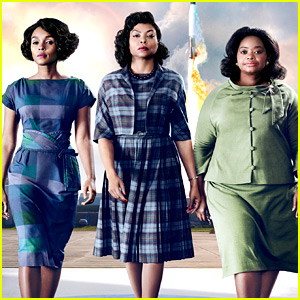 Three extraordinary African-American women work in segregated Hampton Virginia to assist NASA in its endeavors to put a man in space. Along the way, they confront everyday casual racism, structural impediments imposed because of their color and gender, and the general pressures of life. There are sweeping moments, a few speeches, some comic relief, and some genuinely tender exchanges (the best bits are between Octavia Spencer and Kirsten Dunst, respectively, underling and her supervisor, as they negotiate their roles, hidden frustrations and biases). At its best, this is a pleasant and occasionally winning semi historical drama. At its worst, it is Hallmark Channel tripe, uneven (the insistence on telling three stories short-changes all of them; there is just too much going on, giving the characters short-shrift) and unoriginal.

It took me a little time to find the analog to this picture, but eventually, I settled on it. Hidden Figures is very much like another inferior film that was all the buzz at Oscar time but proved entirely underwhelming in the viewing: The Imitation Game . That film was loaded with melodrama and schmaltz, and it too played fast and loose with the history in an effort to elicit an emotional response that, upon reflection, seemed the product of manipulation rather than honest presentation. In the process, it jettisoned a much more interesting reality – that protagonist Alan Turing’s homosexuality was not as closeted and did not create the frailty depicted in the film – to serve a well-worn narrative, the long-suffering, noble and unheralded hero, maligned for his essence whilst saving England from the Nazis.  Snooooorrrrreeeee.

In researching the fact versus fiction aspects of this film, I was struck by the following in History v. Hollywood:

Did Katherine Johnson feel the segregation of the outside world while working at NASA?

No. “I didn’t feel the segregation at NASA, because everybody there was doing research,” says the real Katherine G. Johnson. “You had a mission and you worked on it, and it was important to you to do your job…and play bridge at lunch. I didn’t feel any segregation. I knew it was there, but I didn’t feel it.” Even though much of the racism coming from Katherine’s coworkers in the movie seems to be largely made up (in real life she claimed to be treated as a peer), the movie’s depiction of state laws regarding the use of separate bathrooms, buses, etc. was very real. African-American computers had also been put in the segregated west section of the Langley campus and were dubbed the “West Computers.” -WHROTV Interview

In Margot Lee Shetterly’s book, Hidden Figures, she writes about a cardboard sign on one of the tables in the back of NASA Langley’s cafeteria during the early 1940s that read, “COLORED COMPUTERS.” This particularly struck a nerve with the women because it seemed especially ridiculous and demeaning in a place where research and intellectual ability was focused on much more than skin color. It was Miriam Mann, a member of the West Computers, who finally decided to remove the sign, and when an unknown hand would make a new sign a few days later, Miriam would shove that sign into her purse too. Eventually, the signs stopped reappearing at some point during the war.

Now, juxtapose this extremely interesting recitation of what actually happened from Johnson with the cookie cutter incidents used in the film. A colored only coffee pot – untrue.  Johnson having to go to the bathroom in a separate place – nope, she used the unmarked whites bathroom. Being mistaken for a janitor on her first day working with a made up character played by Kevin Costner – made up.  The smashing of a “Colored Only” sign with a sledgehammer by Costner – untrue (and at the expense of the great story about the cardboard signs so persistently and surreptitiously discarded by the real life figure).

So, the real Johnson states that she didn’t really even feel segregation in her workplace yet the screenwriters make it a factor in every single aspect of her work life. These decisions are bad decisions for two reasons. First, we have seen all of the standard tropes before. They tell us nothing new. They are boring. And they are so stale they feel counterfeit.  Second, and most importantly, they substitute Katherine Johnson’s real story, which sounds interesting as hell and very nuanced, with this comforting and comfortable pap written by these two: 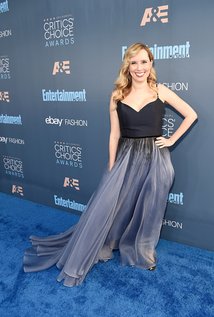 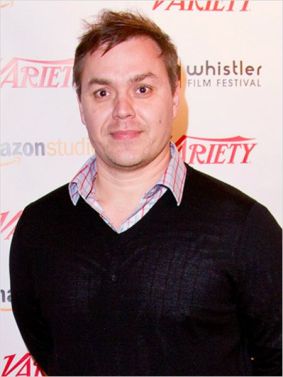 As with The Imitation Game, everyone applauded at the end, so, there’s that.