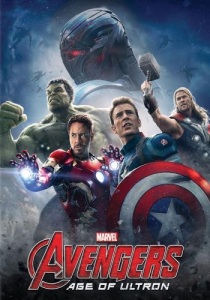 (Reporting from the blizzard of ’16)

Oof. The first scene demonstrates everything wrong about the movie. Forced patter straight out of How I Met Your Mother, nauseating CGI, dozens of violent acts but no deaths, and not for a minute do you sense that any of the Avengers, outnumbered as they are, are in the slightest bit of danger. Good for kids; good for a parent or adult with a kid who needs a nap; soul-rotting juvenilia for anyone else.

Best part. A friend of Captain America asking if he’s found a place to live in Brooklyn yet and Captain America responding that he doesn’t think he can afford it.  Because what’s missing from these films is the Avengers at a cocktail party.

Full disclosure: turned off at the halfway point.