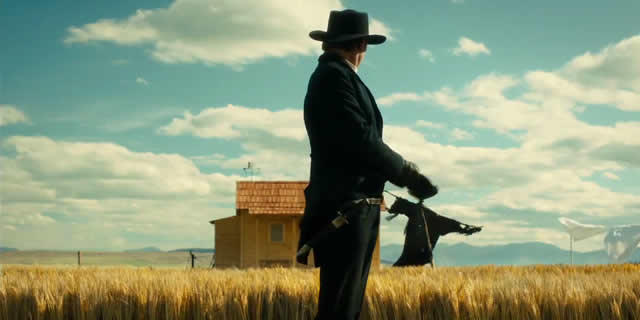 Director-writer John Maclean has crafted a hypnotic fable, an ingenious tweak on the western that bundles the innocence of Wes Anderson, the sly cynicism of the Coen Brothers, and the quiet, stunning visuals of Terence Malick. Maclean has us follow a Scottish naif (Kodi Smit-McPhee, presenting more Australian than Scottish, but no matter) as he travels through the Colorado territory, clueless and not long for the world until he is taken under the wing of an experienced gunman (Michael Fassbender). Smit-McPhee is on a quest to find his true love and Fassbender is in it for the cash, but as they wend their way through an expanse that is vast, surreal and sporadically lethal, they develop a bond that seals their fates. The cinematography is stunning, and Maclean’s confidence and patience are all the more impressive given this is his first feature. There are times you feel the scene has near been painted, until Maclean shatters it with violence. I was surprised to see many critics hail the picture as a revisionist western or an action film. It dabbles a little in both, but the heart of the picture is in the dreamy world of child’s myth and unrequited love. This is a beautiful, patient picture, to be watched on a large screen with no interruption. Available on Amazon Prime streaming.