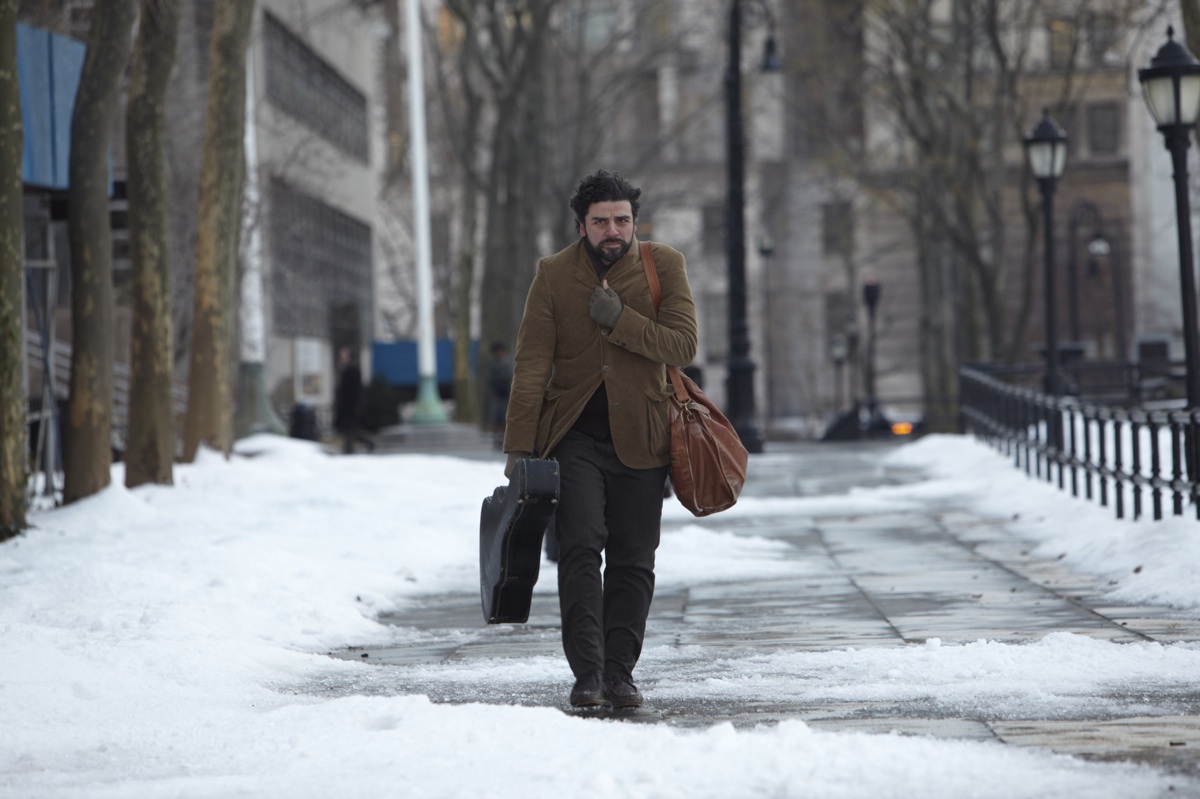 Melancholy, compelling and lyrical, one of the best films of the year, whether you like folk music or not.

Davis, a folk singer in 1961 New York City, is in crisis, his aspirations undermined by his uncomfortable and unwilling status as a solo act, a less than capable manager, and his own selfishness. The film is his journey to the realization that it is not to be (not that he lacks talent) just at the advent of Dylan. As club owner F. Murray Abraham tells him after an audition that is heartfelt, impressive and inapt, “I don’t see a lot of money here.” Davis made his way to Abraham via a harrowing trip to Chicago where he not only abandons something he has come to love, but may well have killed it. During the trip, he is harangued by a junkie jazz musician (John Goodman) whose takedown of folk as elemental is just another dagger in Davis’s ambition. Soon, Davis becomes too weary to pretend he can be successful, to flop on yet another couch, or to play local celebrity for well-meaning patrons on the upper West side.

The Coen brothers possess an attention to detail that serves the film exceedingly well. Their depiction of 1961 Greenwich Village and the folk scene feels just right, and the travails of Davis, a local Simon who has split with his Garfunkel and become more gritty, take the viewer back in time. Like David Chase’s Not Fade Away, the milieu is drab, smoky and intimate, and the music is at the forefront, but nostalgia is replaced by an elegiac feel and the Coen brothers’ signature dark humor. This is not a film about an unheralded legend, or something as corny as Chase’s paen to rock, but about art as work.

As for Davis, Oscar Isaac is anything but a character you champion. But he can sing and play and he embodies the sadness of having just enough talent. He is also loosely based on a real folkie, Dave Van Ronk.

If there is a weakness, it is Carey Mulligan as Davis’s bitter lover. She is so angry and one-note you feel pity for Davis when you should not. As she gets older, Mulligan is also strangely morphing into a replica of Katie Holmes.