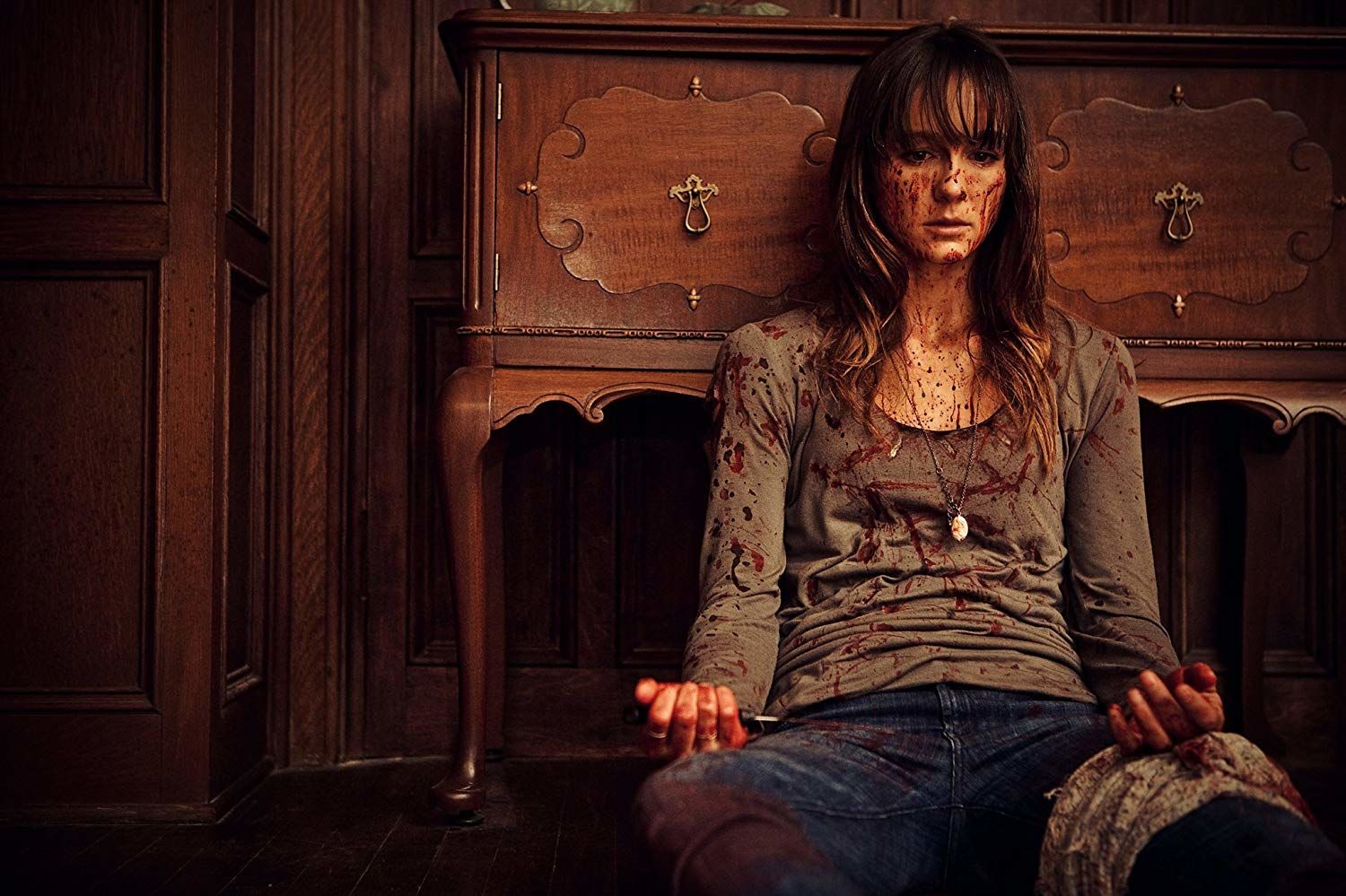 Taken on it’s own terms, You’re Next is probably a 2 star film.  The story of a family of ten, terrorized and murdered one-by-one at a secluded reunion, is effective and frightening. The mystery, however, is easily deduced, and the killings themselves, which take up most of the film, are (with the exception of an inspired murder by blender) a pedestrian lot of slayings, stabbings and bludgeoning.

The film’s terms, however, are my objection. I was drawn to it by my son, who pointed out reviews noting pitch black humor, a play on the genre, a fresh twist,  etc . . . I was hoping for Scream or Evil Dead 2, but this is just an abattoir with an occasional wry exchange.