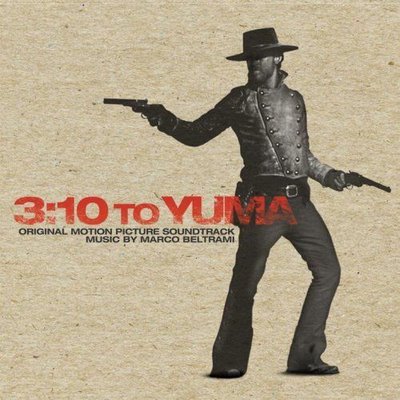 A barely competent remake, James Mangold’s follow-up to Walk the Line pits brutal and charming highwayman Ben Wade (Russell Crowe) against desperate and pitiful rancher Dan Evans (Christian Bale). Bale is scratching a living out of the barren Arizona earth, debilitated by a war injury, harassed by a businessman who wants his land for the railroad, and scorned by a 14 year old son (Logan Lerman) who thinks his father is a coward. When his path crosses with Crowe, Bale takes the high-paying gig of joining a crew ferrying Crowe to town and on the train to justice, harried the entire way by Crowe’s gang, led by Charlie Prince (Ben Foster). Unfortunately, Bale is so stolid he borders on dull, and Crowe’s lethal charm is in short supply, though he does have a moment seducing a local barmaid.

Mangold keeps the story crisply moving and his action sequences are first-rate.  While the leads don’t shine, the support is strong. Foster’s serpentine, scary right hand is matched by the crusty and seemingly indestructible Pinkerton subcontractor Peter Fonda and the precise Dallas Roberts as the main Pinkerton and leader of the endeavor.

The film, however, is nearly undone by an implausible ending wherein Crowe and Bale bond through a series of mutual confessions (Crowe’s mom abandoned him, Bales was shot by his own man in the war, and Bales’s son is sick with tuberculosis) and Crowe repents, assisting Bale in his own ferrying to the hangman’s noose.