A group of friends gets together to mourn the suicide of a contemporary. What is really being mourned, however, is their youth, which occurred during the 1960’s when they matriculated at college together.  What follows is a miasma of nostalgia, sound-tracked ironically by Motown (there is not a black, brown of tan face among them), as a group of super-successful people (even the drug dealer has a Porsche!) lament their transformation from their fantasy selves of the past (idealistic, war protesting, caring, would-be world changers) to what they have become (affluent, whiny, navel-gazing malcontents who rue their upper-tax brackets, nice homes and cars, and cushy lives).

Some offerings on their current state:

“Wise up folks. We’re all alone out there and tomorrow we’re going out there again.”

“It’s a cold world out there. Sometimes I feel like I’m getting a little frosty myself.”

“I’m sure we all think there’s a lot of good left in us.”

Only one character resonates, and then, but for a moment.  The drug dealer, William Hurt, eventually succumbs to the feel-good ooze and affirmation, but early on, as the unctuous Kevin Kline tries to connect, Hurt says one of the few adult things in the movie:

“a long time ago we knew each other for a short period of time; you don’t know anything about me. It was easy back then. No one had a cushier berth than we did. It’s not surprising our friendship could survive that.”

This moment of lucidity is soon overwhelmed by gloppy, poofty, self-congratulatory schmaltz, forever to be prefaced by “the soundtrack for a generation.”

Peace and love is easy to dispense in a gorgeous, multi-million dollar mansion, owned by Kline and his angelic wife Glenn Close.  So, in the ultimate sacrifice of a suburban queen, she offers Kline’s sperm to her college buddy, Mary Kay Place, who is desperate to get pregnant.  Said sperm is to be delivered by Kline in the natural act, who is dispatched in Dick Van Dyke’s pajamas to inseminate.

Close even stands in the hallway after delivering her gift, so proud of her selflessness she positively beams. 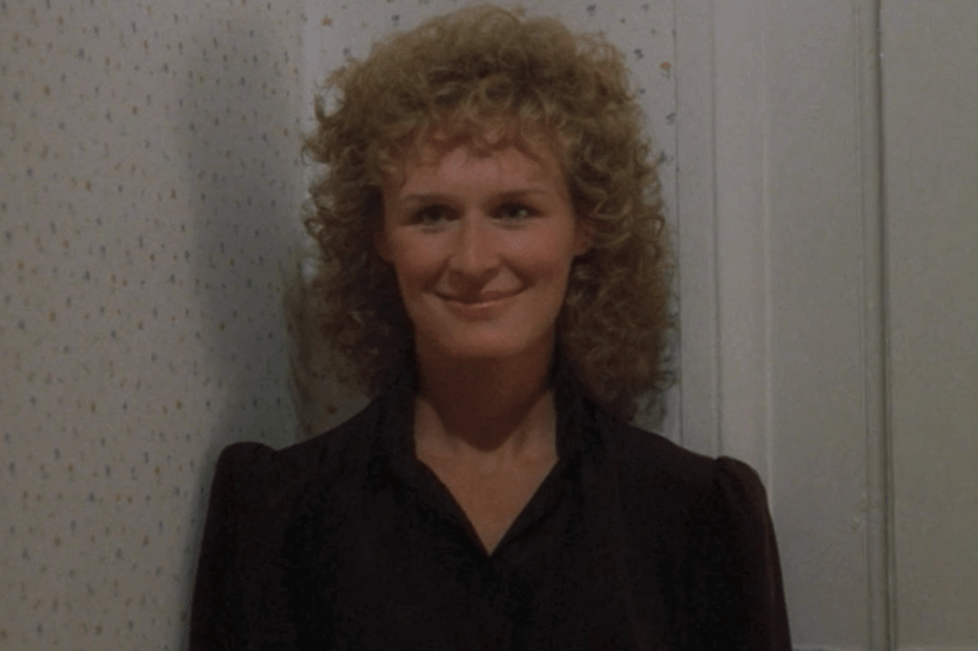 My kingdom for sounds of hard, headboard pounding sex emanating from the bedroom (“You like that?” followed by “Oh daddy, give it to me”).  Or Kline coming out into the hallway and saying to Close, “Do you mind?  We’re fu*&ing in here.”

And then Close the Good becomes the Glenn Close from Fatal Attraction, killing everyone in the house.

The movie makes a virtue of overt explication of what every character is thinking.  The audience cannot be trusted to intuit their banal, narcissistic whining masquerading as some kind of higher truth.  They must be told!

The Big Chill is made worse by the fact that it isn’t even original, but rather, Lawrence Kasdan’s big-budget version of John Sayles’s The Return of the Secaucus Seven.  The picture spawned a worse copycat, even more cloying and self-satisfied, Peter’s Friends.  If you wondered what The Big Chill would be like with Brits, wonder no longer.