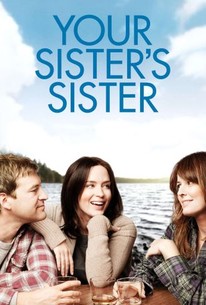 Mark Duplass (Humpday, Safety Not Guaranteed) is the brother of a recently deceased.  We meet him at the one year anniversary of his sibling’s death.  After a gentle eulogy by his brother’s friend, Duplass offers his own, explaining that his brother was a bully who only changed for the better after watching Revenge of the Nerds and realizing that the bully doesn’t get laid.  His brother’s ex (Emily Blunt) intervenes, let’s Duplass know he’s in a bad place and offers her remote family house so he can sort it out.  When Duplass arrives, he finds Blunt’s sister (Rosemary DeWitt) sorting her own issues out, having just left a 7 year relationship with another woman.

With a promisingly caustic first scene and the idea of a romantic angle perhaps immediately removed from the equation, the possibilities are momentarily intriguing.  But Duplass and DeWitt share a bottle of tequila, they have sex (she actually says “I’m game if you’re game”), and the movie craps out.   Duplass achieves orgasm in less than a minute to establish his bona fides as a regular schlub and to ensure that no connection was achieved.  Blunt, in love with Duplass, shows up.  It gets weird.

The film tries desperately to be cool, but the dialogue is stilted and humorless.  Duplass is presented as a bit of a crack-up, but he is unfunny (a sample bon mot is his observation that they go to an IHOP but will need passports), superficial, and self-involved.  Both women are crashing bores and for a romantic triangle of sorts, it is surprising how sterile and sexless they seem.

Though Duplass is desperate to keep the fact he had sex with DeWitt from Blunt, you know and hope it will out.  Anything to break the monotony, which is quite something for a 90 minute film.  These are the three most boring people in the world, characters created by the writers who pen quips traded by couples in Ikea commercials, if an Ikea commercial was sound-tracked by acoustic guitarists who play at contemporary Christian services.

The film is also amateurishly acted (Duplass is the poor man’s Ron Livingston, DeWitt is dishwater dull and Blunt one-note dewy eyed).  Is there depth under those still waters?  Most likely, just brackish, gloomy ennui.

Another criticism.  There is no lazier writing tic than the use of “fucking” before every noun, a regular staple in this film.

How I Met Your Mother is better paced and funnier and that show sucks.  This is hipster drivel without a single genuine moment.  Avoid.