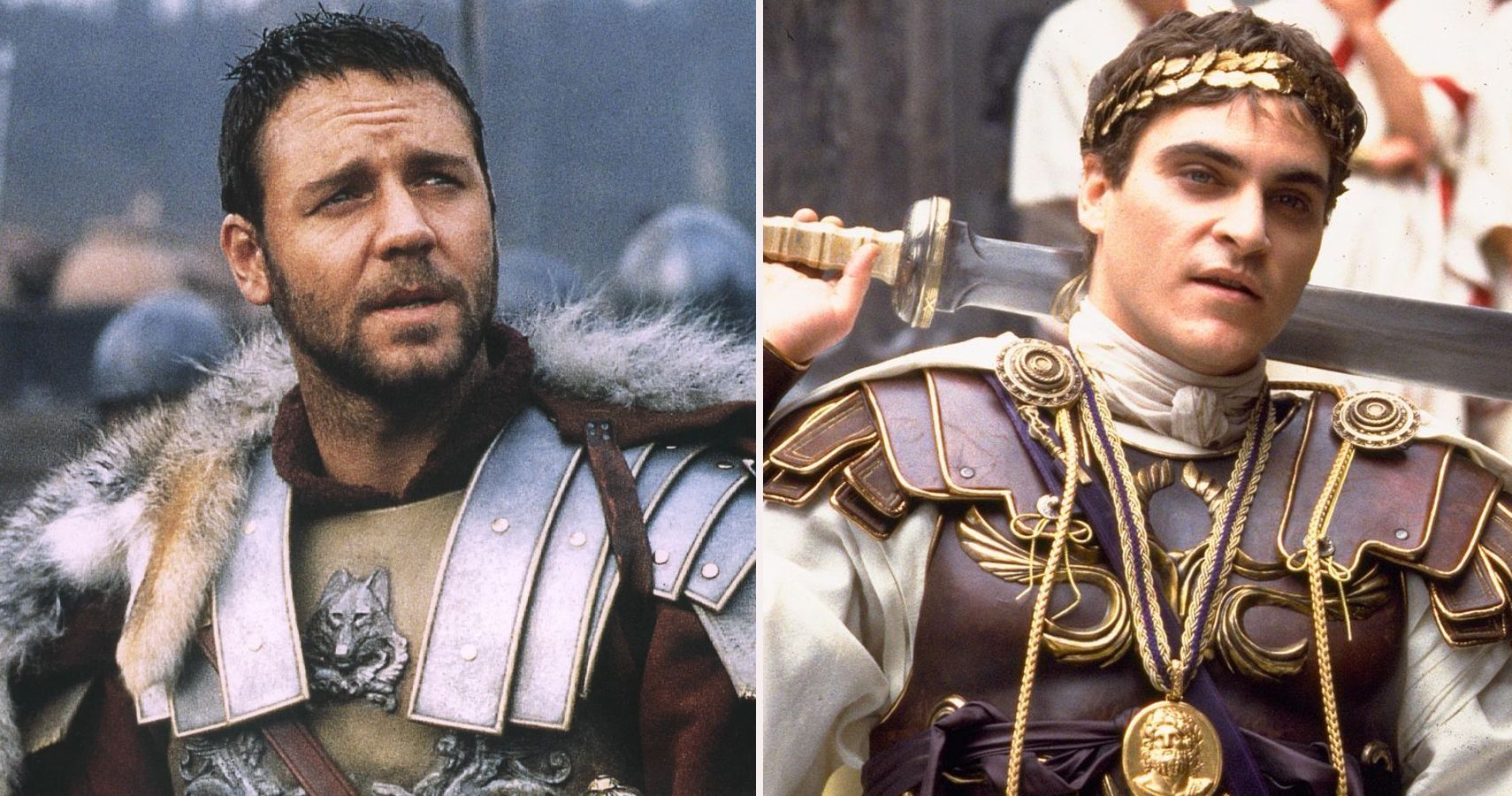 Are you not entertained? You should be. While the script is cobbled together and shallow (it was being written during filming and it shows) and is reliant on the life breathed into it by the players, there is plenty of life, as Russell Crowe, Richard Harris, Derek Jacobi and Joaquin Phoenix do wonders for a leaden draft. Though Oliver Reed is bloated and battered as Crowe’s owner, he also gamely pitches in (he died in a Malta bar during filming).

All the action sequences are riveting. From an impressive opening battle sequence in Germania, to Crowe’s first gladiatorial experience, to a great Ben Hur-ish sequence where a troupe of over-matched gladiators under Crowe’s command exceeds expectations in their first visit to the Coliseum, to a nice one-on-one between Crowe and another famed fighter, with tigers thrown into the mix . . . all are thrilling. There’s also enough of a story to get us from action sequence to action sequence.

Crowe commands the movie and seems “in time” (obviously, I couldn’t possibly know if Crowe acted like a Roman, but I assure you, it feels more authentic than Tom Cruise as a Civil War veteran or Kirsten Dunst as Marie Antoinette). But it is Phoenix as the mad usurper who steals the movie in what could have been a throw-away performance, the weak son to the strong emperor. Instead, Phoenix is genuinely touching (when he seeks his father’s favor and is spurned) and frightening (when he seeks a different kind of favor from his sister, threatening the life of her son in the process). You almost feel for the guy when the mob turns on him.