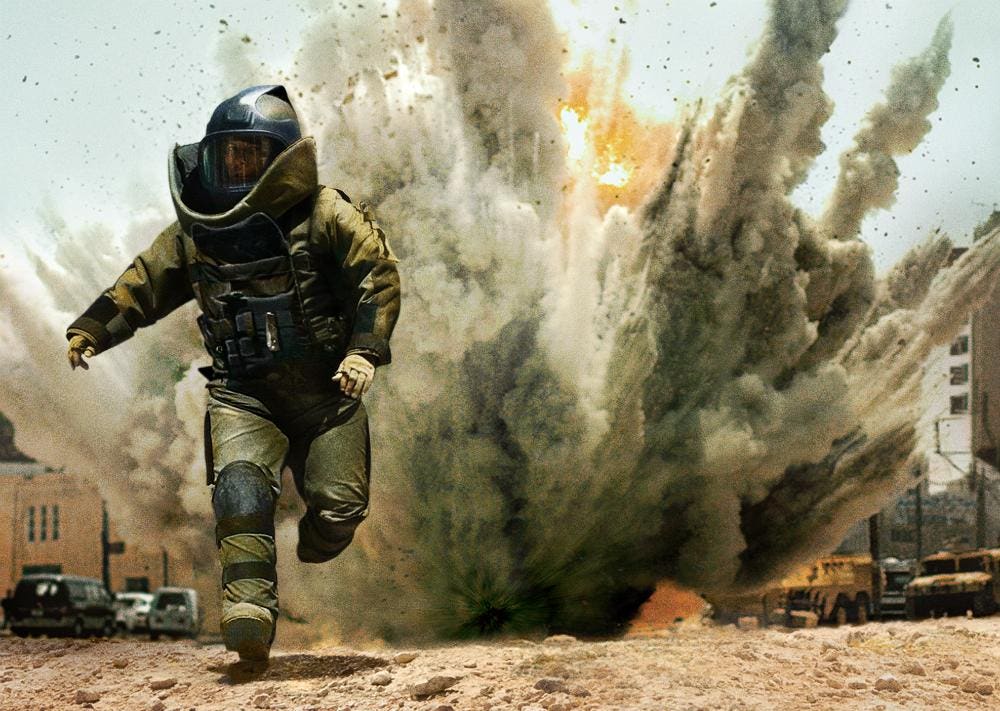 A strong war film that came under a little fire for its fantastical representation of one soldier’s experience in Iraq, circa 2004.  Admittedly, the action sequences of the ace bomb detonator (Jeremy Renner) are over-the-top.  But the sequences are exciting and director Kathryn Bigelow gets the blinding, washed-out and arid feel of urban Iraq right.

Renner, who was nominated for Best Actor, is the weakest link, but only because he is too broadly written. He’s just a cowboy and to the extent he resonates, it is solely as reflected by his team members (Anthony Mackie and Brian Geraghty), who are both awed and mighty pissed off at his danger-junkie b.s. Their performances, as guys who just want to do the job well and get the hell out, are riveting.

By the end, the film finds it necessary to spell out what is painfully clear, from the opening Chris Hedges quote (war is a drug) to a stateside scene with Renner and his baby where we hear Renner tell the infant (because we might not have gotten it) that he only loves one thing (danger).  Oy vey.

Bigelow’s direction, however,  is expert, she can masterfully craft battle with all of its hectic bursts and then tedious monotony.  Better, there are very short cameos by actors who can present forcefully with little screen time (Guy Pearce, David Morse, and Ralph Fiennes).